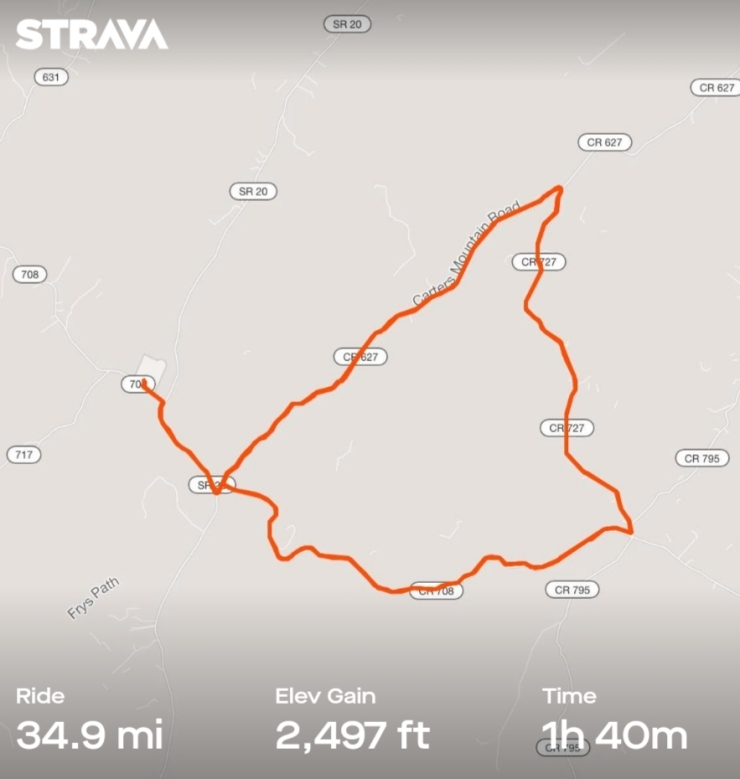 For the all time that I’ve been riding, I continue to love this sport because there’s never a shortage of lessons learned, and things to improve on. I raced in the Jefferson Cup Circuit a couple days ago in beautiful Charlottesville, VA, and although I didn’t do nearly as well as I wanted to, I gained experience, knowledge, and I learned what I shouldn’t do while racing.

The day started beautifully in Norfolk, VA. Cloudy, overcast and the thrill of a race later charging me up. I couldn’t afford to get too excited however, as I still had a three hour drive ahead of me. The car was already loaded, and I was ready to get after it!

My drive was pretty bland, and I grew pretty impatient I have to admit. But once I started getting close and seeing fellow cyclists on the road, the excitement returned. I pulled into the lot and just about broke a land speed record on the way to the Porta-John! Business complete, it was time get to work. I unloaded my bike off the roof of Jeffery (my car) and locked it into it’s trainer. Rarely have I ever seen so many cyclists in one place, and it was amazing! It kinda felt like I passed and went to cyclist heaven.

A car pulled up and parked next to me and I gotta say, I was a little intimidated! It was loaded with three bikes that made Kestrel look like a department store budget bike. Come to find though, the gents inside the car were about my age, and friendly as could be! Roots settled, I started warming up on my trainer.

However much time passed, and someone was calling for the CAT 5’s to congregate in one corner of the lot for the mile long ride to the course…we get to the course and I’m astounded at how… Official it all looks. USA cycling branded motorcycles zipping back and fourth, and several wheelcars parked nearby. Second intimidation.
I was told my race number was upside down…but jokes on them I was number 609! Hah! I win!

The race announcers spout off some specifics on the race, and we are off! The peloton has set a blistering pace, and I’m watching my heart rate spike rapidly. Not good. I’m at 190 BPM and I’m hardly 4 miles into a 30 mile race. I’m doing my best to stay in the front half of the peloton, and it’s not going well. It seems the first half of the course it uphill, because before I know it my heart rate has spooled down to 165 and I’m feeling much better, shooting down winding mountain roads with terrifying speed.
I have one whole bridge to work with back home, so this elevation is doing a number on me, but I’m feeling alright! Mistake number one. I didn’t study the course.

As we coasted down this mountain, carving into the scenic roads obscured from the sky by trees, I suddenly realized I was moving faster than the peloton. Screw it. I was gonna attack, and attack hard. Mistake number two.

I flew past the front of the group, and pulled far ahead of them. I couldn’t figure out why none of them were chasing me, c’mon guys! Let’s make a breakaway! Within a few minutes, the peloton caught up with me, and swallowed me whole. Trying to keep up the pace, the course starts to incline again. I’m being passed rapidly, and my glycogen stores are burning up FAST. I mange to hang on for a couple miles longer before I get completely dropped by the group.

At this point, with my energy burnt, keeping up is not happening. The flat parts of the course I flew, I imagine due largely in part to where I normally ride. I was starting to get more comfortable flying downhill, but I could not for the life of me keep a consistent speed uphill. Trying to do so would immediately destroy what little energy there was in my legs. I was crushed, slightly embarrassed, and plain mad at myself for falling into that feeling of security.

As I powered through everything that was happening, I came across another rider, and we teamed up and started taking pulls. At this point it was just about finishing. We were nearing a couple of other dropped cyclists when my parter says “That’s my friend, I’ll see you later!” and starts to pull off. Wow. OK. Admitedly, to my satisfaction, he is unable to keep up the pace, and drops back next to me. We ride together for a little longer and make it to the guys in front of us.

Agreeing to share pulls and work together for the finish, we push forward with renewed vigor and a sense of belonging to a team, of course we start making good progress. Our little group never quite make it back to the peloton, but we didn’t get cut off and we finished the race, which was honestly the most important part. On the cool down back to the parking lot I got to speak with each member of our little band of renegades and met some awesome people doing so!

So, in a nutshell, lessons learned are:

Study the course.
Train for elevation
Do not attack the peloton on unfamiliar terrain.
Work together with others.
When in doubt, just stay in the peloton.

I’m super stoked to take this newfound experience to the races ahead! I got to spend the rest of the weekend in Charlottesville with some close friends, and had super good fun (and food) doing so!

Until next time, ride hard all!

5 thoughts on “Lessons Learned at the Jefferson Cup”